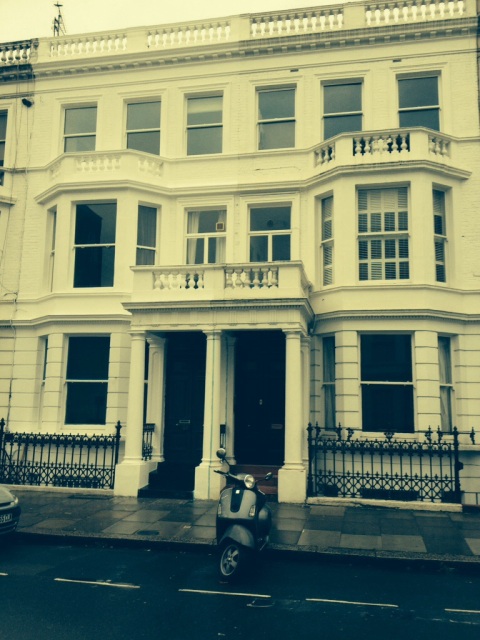 Yesterday I visited the house in Barons Court where the actress Peg Entwistle lived from soon after her birth in 1908 until she immigrated to the United States with her father at the age of six. The house, # 53, is at right. Many thanks to Heath Woodward, whose forthcoming play “Goodnight September” tells Peg’s story, for taking me there.

You are currently browsing entries tagged with London at Under the Hollywood Sign.