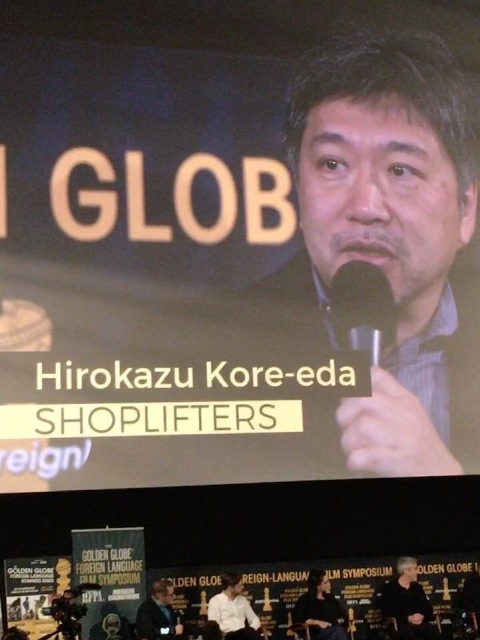 Last weekend’s pre-Golden Globes Foreign Language Symposium at the American Cinematheque, always an interesting event, was even more revealing than usual, thanks to Hirokazu Kore-eda’s comments about his film “Shoplifters.” Asked by moderator Mike Goodridge about how he created the film’s family from his ensemble of actors, Kore-eda, speaking through an interpreter, said “The first day of the film was the summer sequence….I watched them as they interacted on the beach…I was inspired by this short scene that we took and built the script from there through my imagination.”

That Kore-eda’s beautiful film–about an unrelated group of children and adults on the margins of society who to live as a loving family–could have been made without a pre-written script elicited enthusiastic applause. One certainly couldn’t tell, as “Shoplifters” has structure and coherence. But it also has looseness and spontaneity, particularly in the scenes with children. 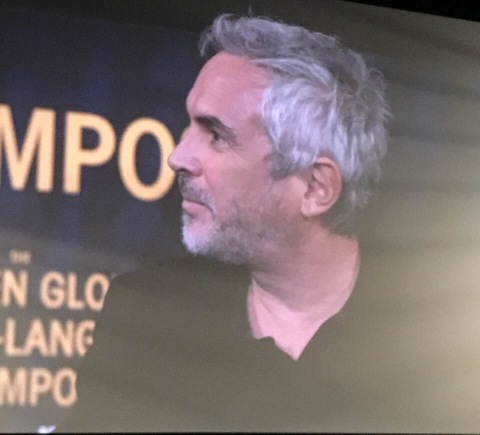 It was Alfonso Cuarón, nominated for his own film with children, “Roma,” who drew Kore-eda further into a discussion of his technique. (I had seen the two directors beforehand in the wings speaking avidly, so I wasn’t entirely surprised when Cuarón shifted from nominee to interviewer.) About the scene in which the boy and girl run home through monsoon rains, nearly interrupting an intimate moment between their fictive parents, Kore-eda said that he thought of adults’ scene after filming the children running through the rain. He also revealed the secret of his child actors’ naturalistic performances: never having them read a word of the script. Instead, Kore-eda said, he explains each scene, then gives the children their dialogue, line by line. The result in “Shoplifters” is the gold standard for child actors: performances in which they don’t seem to be acting at all. 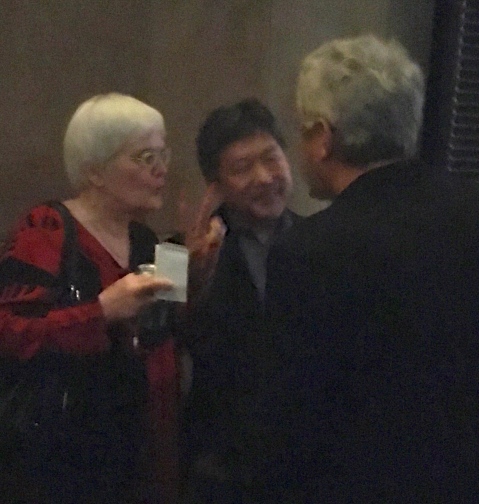 Kore-eda, his interpreter and Cuarón before the symposium/Hope Anderson Productions

§ 2 Responses to On Directing Children: Hirokazu Kore-eda Reveals His Secrets

You are currently reading On Directing Children: Hirokazu Kore-eda Reveals His Secrets at Under the Hollywood Sign.