My first and only meeting with Hugh Hefner, who died yesterday at 91, took place in 2008, when I interviewed him for my documentary “Under the Hollywood Sign.” Our meeting took place at the Playboy Mansion, in a room that was permanently lit and dressed for filming. It was an afternoon of rules and rituals: after announcing myself at the hidden intercom outside the gate (“talk to the rock,” in “Entourage” parlance) I was instructed to stand with my crew in the courtyard until the PR rep admitted us. Peacocks wandered by as we waited, and noises from unseen animals eminated from the zoo. Once we were inside and set up, Hugh Hefner appeared in his trademark silk smoking jacket. He sat down in a throne-like chair and the interview began.

It was a strange, yet not entirely unfamiliar, experience. At fifteen, I toured Buckingham Palace with my family, a visit made possible by a former employee of my father’s company who was then Keeper of the Privy Purse. After watching the Changing of the Guard from inside the gates, we trooped through the Palace’s public rooms, all of them vast and a hundred years behind the times in their decor. The Playboy Mansion, with its protocol and fusty oak paneled rooms, was the closest I’ve come to revisiting Buckingham Palace, though unlike the Queen, Hugh Hefner was present. He was also gracious. After the interview, I told him that reading my father’s Playboy magazines as a child had given me an excellent sex education, which didn’t surprise him in the least. We posed for a picture, he exited and I was soon outside the gates again, in the real world.

“Under the Hollywood Sign” is available on DVD and streaming at http://www.hopeandersonproductions.com

As the countdown to “Blade Runner 2049” continues, it’s worth remembering that the original “Blade Runner” wasn’t met with the kind of reverence it enjoys now. When it came out in 1982, I was living in Berkeley and saw it in a packed theater on what I’m pretty sure was opening night. From the first scene–explosions over an ominous-looking Los Angeles–I knew “Blade Runner” was a masterpiece. I loved the dystopian future it depicted, from the constant rain to the Japanese-influenced motifs. I loved the fact that Deckard was an updated Raymond Chandler detective who lived in a famous Frank Lloyd Wright house. I loved the fact that the climactic chase scene was filmed in the Bradbury Building, George Herbert Wyman’s 1893 iron-and-glass masterpiece that, like the film itself, was years ahead of its time.

I was surprised, to put it mildly, when the critics didn’t share my enthusiasm. Janet Maslin, though she praised the movie’s special effects, called “Blade Runner” “a mess, at least as far as its narrative is concerned.” On their TV show “At the Movies,” Gene Siskel called it “a waste of time,” while Roger Ebert gave it a thumbs up only for the effects. Twenty-five years later, Ebert reappraised it positively, in part because the once-futuristic lighted billboards had become a reality: “the story benefits…by seeming more to inhabit is world than be laid on top of it.” (Siskel died in 1999, so there’s no way of knowing whether he would have changed his mind.) The Hollywood Reporter called it “a Felliniesque journey into Dante’s Inferno, with Micky Spillane in tow,” though it also called it “mesmerizing.” Thanks to its decidedly mixed critical reception, “Blade Runner” was a box office dud.

The film’s reputation started changing with the release of Ridley Scott’s director’s cut in 1992. Shorn of its voice-over narration, “Blade Runner” gained a new following and began to be regarded as a science fiction classic. The lack of narration–tacked onto the original because some thought the story confusing–gives the film greater dynamism, as did additional footage that seems to affirm the theory that Deckard himself is a replicant. In 2007, the Final Cut, which I haven’t seen, expanded the unicorn dream sequence, remastered the haunting Vangelis score and added three scenes.

On October 6th, we’ll finally get the sequel: “Blade Runner 2049,” starring Ryan Gosling and Harrison Ford. Directed by Denis Villeneuve, it looks worthy of the original and will draw a massive audience of fans, including me. As for the critical reception, it’s safe to assume a much better response than the original received in 1982.

It was shortly before going to see his new film “Lucky” on Friday that I heard of Harry Dean Stanton’s death at 91. As in his work, his timing was uncanny. His exit from life that day made his last film, a wry examination of an elderly desert dweller coming to grips with death, all the more poignant for those of us who saw it.

Throughout his long career, which began in TV and movie Westerns and dramas in the 1950’s, Stanton was described as a character actor, one who excelled in secondary roles. The character actor label followed him even after he became a leading man in two 1984 films: “Repo Man,” and “Paris, Texas.” It was, I suppose, a reference to his anti-movie star looks: a slight build and a gaunt, weathered face that became more fascinating as he aged. Stanton’s nose, always prominent, came to dominate his face as the rest of his features receded. Increasingly, his visage looked less made of flesh than carved from wood.

But his looks had little to do with his acting. His method relied heavily on observation and stillness, two qualities that elude most actors and almost all movie stars. Lucky is a man of few words, yet there’s never a moment when Stanton isn’t fully thinking his thoughts and feeling his feelings. We see Lucky going through his day– getting dressed, shaving, brushing his teeth, exercising, venturing out to talk with fellow residents of his tiny town–quotidian activities made profound by Stanton’s acting. I wouldn’t have minded if the film had gone on in this way, like a more mundane “Groundhog Day,” but the screenwriters Logan Sparks and Drago Sumonja had a bigger theme in mind: mortality, and Lucky’s reconciliation with it. Filling out the story are colorful characters played David Lynch, Beth Grant, Ed Begley, Jr. and Ron Livingstone, but the film–and every scene in it–belongs to Harry Dean Stanton. For me the highlight is his unexpected, perfect singing of “Volver,” (“To Return”) at a child’s birthday party. More than a showcase for Stanton’s musical talents–he was an accomplished singer and guitarist–“Volver” is a song about memory, love, the passage of time and the inevitability of death:

Through his performance of “Volver,” Lucky gains an acceptance of his own end, a moment of grace that affects everyone in the scene. Days later, I’m still thinking about it. 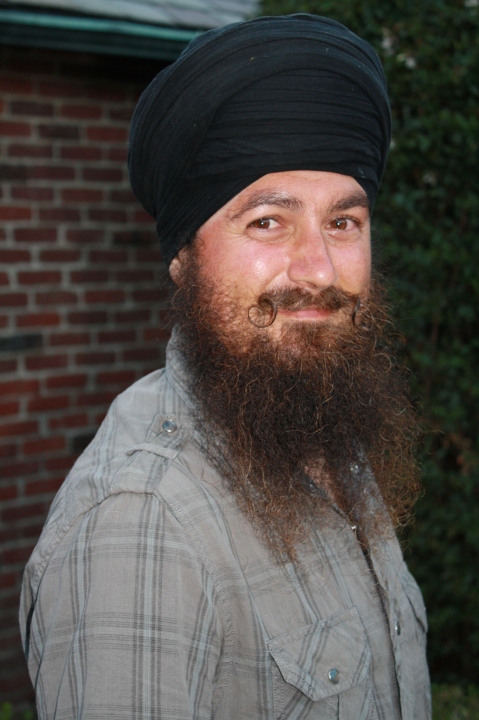 Six years ago I wrote about Hargobind Singh, whom I met outside my house one day while he was leading a walking tour of the neighborhood. https://underthehollywoodsign.wordpress.com/2011/07/30/hargobind-singhs-walking-tours-of-hollywoodland/

In the years since our interview, Hargobind married, closed his business and moved with his wife Dalveer to New York. Soon afterwards, he was diagnosed with brain cancer. The last time I saw him was in 2015, during a visit to Los Angeles while he was in remission. More surgeries followed, and today he came to the end of his life after a brave two-and-a-half year battle.

Though he became a New Yorker, I will always think of Hargobind in Hollywoodland, a place he loved. In addition to local history, he learned about the wildlife and was able to identify birds by their calls. He led so many people up the Hollywoodland stairs that he grew noticeably thinner and more muscular, yet he was always respectful of us residents. I was lucky to be among his and Dalveer’s friends, a group that spans the world and today remembers him fondly.

“Star Wars” and Its Ever-Changing Boys’ Club of Directors 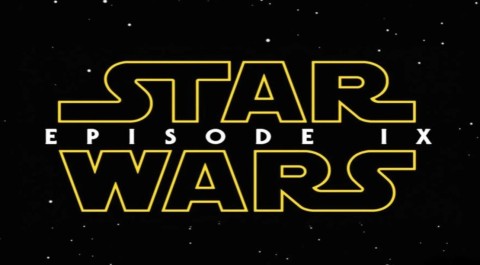 It’s hard not to be puzzled by recent director changes in the “Star Wars” series. The latest to be fired is Colin Trevorrow, who was supposed to direct “Star Wars: Episode IX.” He follows Phil Lord and Chris Miller, who were fired during production on the untitled Han Solo film (and replaced by Ron Howard), and Josh Trank, who was either supposed to direct the Han Solo movie or the Luke Skywalker one–no one seems to know for sure. Then there’s Gareth Edwards, who received directorial credit for “Rogue One” but was relieved during production by its screenwriters, Chris Weitz and Tony Gilroy. Because Weitz and Gilroy did extensive reshoots and fixed the third act, they are widely credited with the success “Rogue One.”

Producer Kathleen Kennedy’s formula for directors seems to be: find them at Sundance, give them a bigger picture and then move them up at warp speed to “Star Wars.” Hence Trevorrow, whose successful indie film “Safety Not Guaranteed” led him to direct “Jurassic World.” The critical and box office failure of his latest, “The Book of Henry,” sealed his fate on “Star Wars: Episode IX,” but shouldn’t have been his modest resume? Phil Lord and Chris Miller’s animated hit “Cloudy With a Chance of Meatballs” led them to “21 Jump Street” and “The Lego Movie,” but none of the three predicted a successful transition to the world’s biggest franchise. Josh Trank’s indie hit “Chronicle” gave him the director spot on “Fantastic Four,”–again, not an obvious pathway to “Star Wars” glory.

As every knows, there has never been an experienced woman director of a “Star Wars” film, much less one with as little directing experience as these men. Women with critically successful first films tend to spend years trying to finance their second, not juggling action film offers from major studios as their male peers do. Often they wind up directing TV shows–hardly the purgatory it used to be, but not the same as having their name on the poster of the big summer movie. I can think of three excellent women directors with long resumes off the top of my head–Kathryn Bigelow, Mimi Leder and Ava DuVernay. All have successful action and effects films to their credit, but were they even considered for “Star Wars”? It’s easy to say they wouldn’t want the oversight that comes with the job, but I wonder if any of them were asked.

As it happens, Ava DuVernay–fresh off her Oscar nomination for “13”–is already directing the forthcoming “A Wrinkle in Time” for Disney, which owns “Star Wars.” She is the favorite candidate of many fans for “Star Wars: Episode IX” and a likely choice. Let’s hope Kathleen Kennedy thinks so too.

You are currently viewing the archives for September, 2017 at Under the Hollywood Sign.