Hollywood, the Most Sexist Industry of All

The director who won:

And those who didn’t: 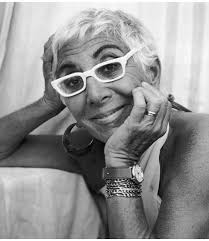 On this International Women’s Day, it’s worth noting that the average American fire department offers more opportunities for women than the film and television industry. I’m not just talking about women directors, though the fact that only four women have been nominated for the Best Director Academy Award in the Oscars’ 89-year history looks really bad, as does the fact that only one has won. I’m talking about opportunities for women across the board. The statistics are not only deplorable but actually getting worse.

The 2016 annual report of the Center for the Study of Women in Television and Film states:

In 2016, women comprised 17% of all directors, writers, producers, executive producers, editors, and cinematographers working on the top 250 domestic grossing films. This represents a decline of 2 percentage points from last year and is even with the percentage achieved in 1998.
Women accounted for 7% of directors, down 2 percentage points from 9% in 2015 and 1998. Last year, 92% of films had no female directors. In other roles, women comprised 13% of writers, 17% of executive producers, 24% of producers, 17% of editors, and 5% of cinematographers.
This year’s study also found that only 3% of composers working on the top 250 films were women.

What is to be done? It’s not enough to increase the female and minority membership of the Academy, which remains overwhelmingly white, male and old. The executives who greenlight films and TV shows have to change too, both in their gender makeup and outlook. It’s one thing to have more women executives who embrace the status quo, and another to have female–and male–executives who champion women writers, directors, cinematographers and composers. Another factor plaguing film and television is the lack of urgency. As long as the powers that be think things are fine as they are, nothing will change.

You are currently viewing the archives for March, 2017 at Under the Hollywood Sign.