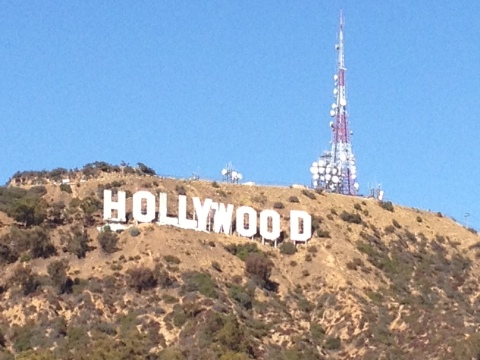 Leaving town for a week made me notice the changes in the Sign’s appearance more than I might have if I had been within sight of it the whole time. Yesterday the “H” appeared blueish as it was stripped of paint; today a platform appeared in front of it as it was painted. This evening, the first “L” appears blueish in the evening light. 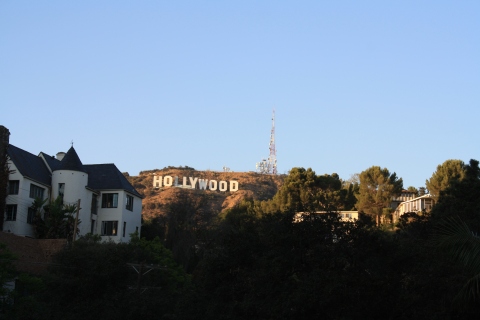 The Sign from Beachwood Drive This Evening/Hope Anderson Productions

For a static monument, the Hollywood Sign is remarkably changeable. It can look narrow and almost delicate when viewed from the east or west, and massive when seen from the south. Its paint captures changes in light, so that it can appear blindingly white, golden, grey or even pink, depending on the time of day. In its current restoration, a run-up to the 90th anniversary of the original Sign (and Hollywoodland itself), it is even more mutable than usual, and to my eyes more fascinating.

§ 2 Responses to As Work Continues, the Hollywood Sign Evolves