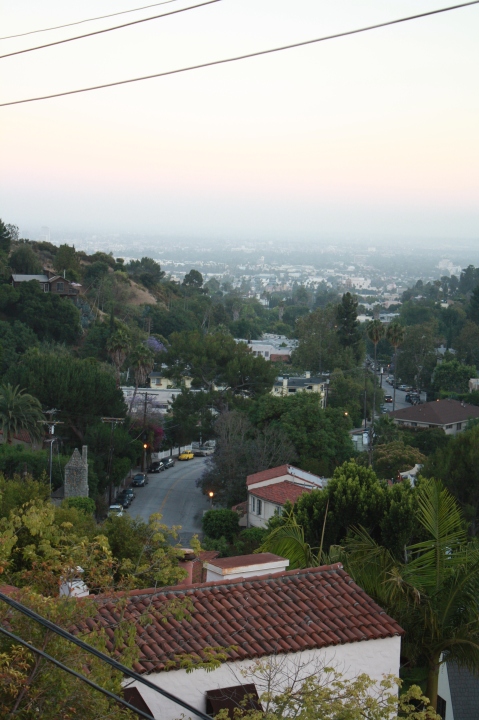 I finally got into the so-called Bela Lugosi house last June because the Hollywoodland Homeowners Association held a fundraiser there. (Disclosure: I was briefly a board member last year, but am no longer.) The house had just been sold after four decades of ownership, and its decrepitude was increasingly obvious from the outside. During the last rainy winter, its slate roof had to be tarped because of leaks. Outside, untended oak trees in the garden encroached the public stairs, forcing pedestrians to duck low-hanging branches. 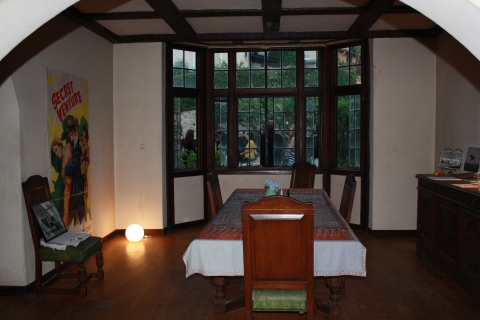 I’d already been warned the house had only one functioning bathroom, and that due to its condition we would not be allowed to use it. Nevertheless, upon entering I was pleasantly surprised: the public rooms were large and airy, with their original charm intact: wood beams, stone hearth and casement windows boasting beautiful views. My favorite room–a solarium connecting the living and dining rooms–faced Beachwood Village, the surrounding houses and trees, and the City below. To the north and south, the only nearby houses I saw were ones dating from the 1920s, like the one I was in. It struck me that I was enjoying the same views that Bela Lugosi saw during his residence, and for a moment I almost believed in time travel. 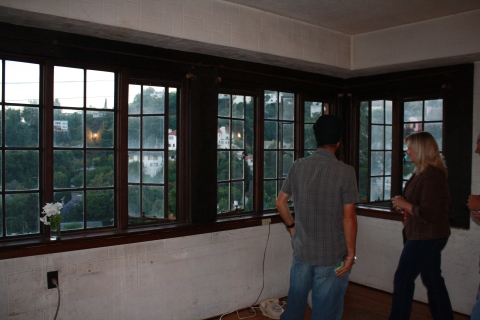 A few months ago, the new owner’s renovation of the house began in earnest. It promises to be a total overhaul with no expense spared, and not a moment too soon. Like Wolf’s Lair, the Lugosi House was bought by someone with deep pockets and a desire to restore it to its original 1926 glory. As a neighbor as well as local historian, I look forward to the result.

You are currently reading Restless Dracula, Part II: Bela Lugosi’s Hollywoodland Home and Its Promised Tranformation at Under the Hollywood Sign.