The 1940 Census is numbered sequentially only to a point; it jumps from street to street on any given page, making the search for specific names and addresses time-consuming and difficult. Fortunately, I’ve been able to locate some of the notable Beachwooders who appear in my documentary “Under the Hollywood Sign.”

First among them is Charles Entwistle. After the actress Peg Entwistle’s suicide off the Sign in 1932, her adoptive parents–her paternal Uncle Charles and his wife Jane–remained in their house, which still stands, at 2428 N. Beachwood Drive. In 1940, Charles was 75; Jane was 55. Both were retired from their acting careers, listing no occupation or income on the Census. The other resident of the house was their younger nephew Robert Entwistle. At 21, he was working as a bookkeeper in a bank and earning $898 annually, $14,758 in today’s terms. His older brother Milt was not listed; at 23 he had left the household, possibly for the Navy, in which he served during WWII. 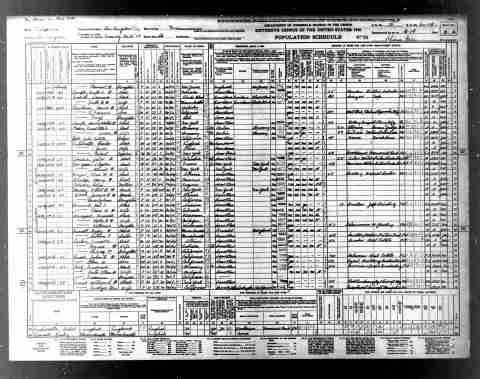 A half-mile southwest of the Entwistles lived the Theosophists Henry Hotchenor, aged 58, and his wife Marie, aged 69, at 6139 Temple Hill Drive. Marie Russak Hotchenor, the architect of Moorcrest, also designed their Moorish-Spanish stucco house, which stands directly across the street from Moorcrest. Interestingly, Henry listed his occupation as “manager of own real estate,” while Marie claimed no occupation.

Finally Albert Kothe, caretaker of the Hollywood Sign and Wolf’s Lair, appears at the address where he lived from the mid-1920s until about 1960, when his dwelling was torn down: 3200 N. Beachwood Drive. His home, a foreman’s cabin dating from the days when Hollywoodland’s stone masons lived in tents on the property (1923-1925)–was located at the northern edge of Beachwood Drive, where the dirt road to Sunset Ranch begins. The certainty of his address should lay to rest the enduring myth that Kothe “lived in a shack behind the Hollywood Sign.” In the Census, Kothe listed his occupation as laborer for a private employer; he earned $800 a year ($13,148 today). 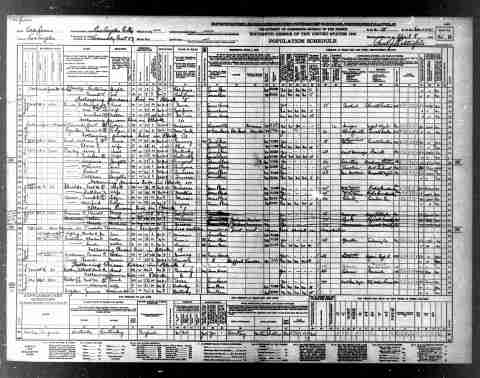 Background information about the Entwistles, Hotechenors and Mr. Kothe can be found in previous posts.

§ 2 Responses to Beachwood Canyon in the 1940 Census, Part IV: Familiar Names and Addresses

You are currently reading Beachwood Canyon in the 1940 Census, Part IV: Familiar Names and Addresses at Under the Hollywood Sign.