As The Plot Thickens, Hikers Return to Bronson Canyon 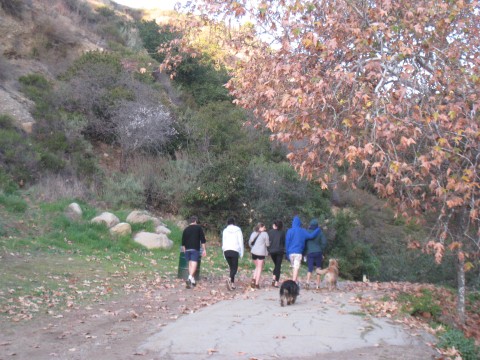 The day began with grey skies after a light overnight rain–our first precipitation in over a month. By afternoon, it was crisp and sunny, so I took my dog to Bronson Canyon for a hike. 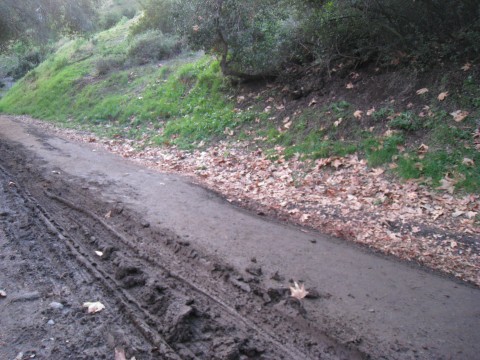 The trail where police conducted an an exhaustive search for body parts Wednesday and Thursday was scattered only with fallen leaves. The only thing out of the ordinary was the ruts left behind by their vehicles .

One is never entirely alone on the trail, and today I had the company of at least two dozen other hikers and their dogs. Everyone seemed assiduous in their avoidance of  the obvious topic of conversation. Still, talk of the murder broke through a few times in overheard conversations.

Meanwhile, the investigation progresses. What I assumed at first to be a gangland slaying seems to have been a different kind of crime. According to the LA Times blog:

Andrew Hill, who lives on the second floor of the apartment building, told The Times he heard a lot of commotion on the floor above him at about 3 a.m. about three weeks ago. He said he heard furniture moving as well as screaming and yelling. He said he spoke to police detectives Thursday and they asked him when the garbage was taken out. 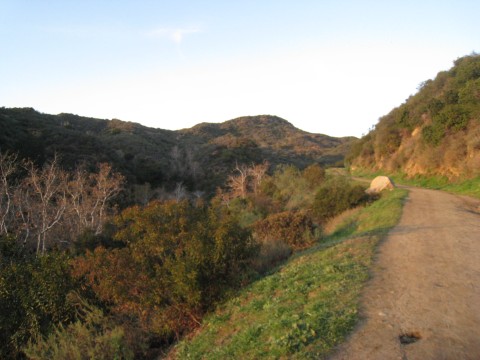 The search included the area of dense brush at left.

§ One Response to As The Plot Thickens, Hikers Return to Bronson Canyon

You are currently reading As The Plot Thickens, Hikers Return to Bronson Canyon at Under the Hollywood Sign.