Until houses were built over them, there were five springs in Beachwood Canyon, an unusual amount of water for such a small, arid area.  Because of them, the Canyon once teemed with wildlife. The springs drew deer, raccoons, skunks and possums; there also were foxes that disappeared as the human population grew denser.

Following in their footsteps are Beachwood’s deer, victims of a shrinking habitat, speeding cars and, in at least one incident, illegal hunting. Not long ago, deer were as common here as coyotes. A friend who lived here  in the early 90’s told me her neighbors left their garage door open when they went out to dinner one night and came back to find a deer inside. Another neighbor was startled by a buck running through the Village one morning. Though I’ve seen deer on Ledgewood, Mulholland Highway and Canyon Lake Drive, in the past two years I’ve seen none. 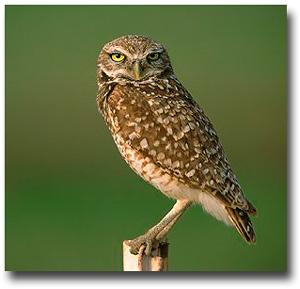 When I moved to the neighborhood in the fall of 2005, I was enchanted by the owls I heard hooting in the tree across the street. There were two that would call to each other late at night, one low-pitched and the other high-pitched. When I was editing “Under the Hollywood Sign” and wanted to record their sounds, however, the owls were conspicuously absent. I had heard one in Bronson Canyon and hiked up into the quarry to record it, but by the time I set up the equipment and turned it on, the owl had stopped calling. All I captured was the cawing of crows.

Though I didn’t know it that first year, owls only come to my part of Beachwood in the fall. For the last couple of years, I’ve heard only one, but recently a pair have taken up residence in my neighbor’s tree. Their high-low duet lulls me to sleep at night. (Here’s a link to a similar call: http://www.owlpages.com/sounds/Athene-cunicularia-2.mp3)

That same neighbor recently discovered an unusual visitor in his garden: a tortoise that landed upside down in a flower pot during the first rains of the season. He righted the tortoise, took this picture and sent it on its way. 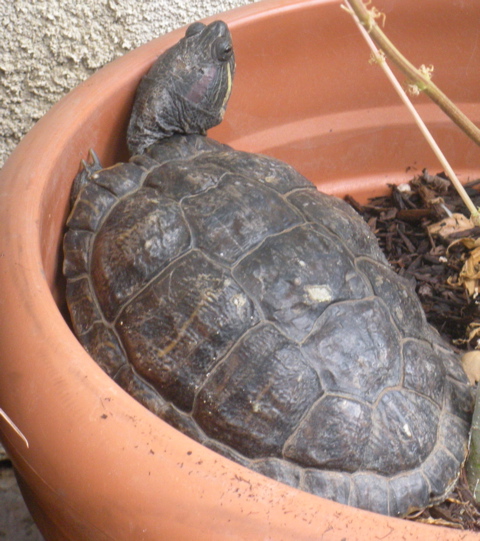 You are currently reading Beachwood’s Wildlife, Part 3: Deer, Owls and a Hard-Shelled Surprise at Under the Hollywood Sign.