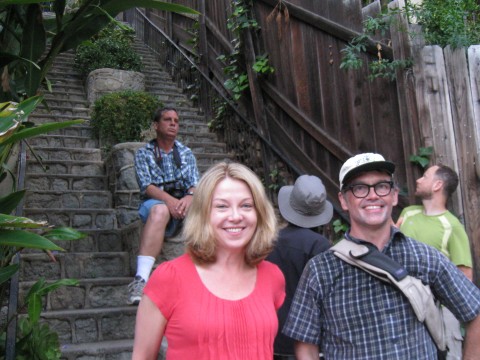 The Big Paraders stopped at the Belden Stairs on their way to the Hollywood Sign this evening; I was there to greet them. It was fun to talk about the origins of the neighborhood as well as recent developments concerning the Hollywood Sign.

Taking Pictures of the Stairs

Organizer Dan Koeppel did a great job of planning the route; that and the cool weather resulted in a much fresher Parade than last July’s, which took place during a heat wave. Congratulations to Dan and all who participated!

You are currently reading The Big Parade Hits the Belden Stairs at Under the Hollywood Sign.